News media has not been immune as the coronavirus pandemic continues to devastate the global economy. Journalists are facing furloughs, layoffs, increased work demands and fewer resources to do their job at a critical time for the world.

To respond to these unprecedented challenges, AAJA New England is launching the Alix Quan Journalism Fund, which will provide stipends to Asian American and Pacific Islander journalists in New England facing economic hardships or who could otherwise benefit professionally from a financial boost.

Awards will range from $300 to $500 and be given to up to five recipients. Interested applicants are asked to submit an essay of no more than 500 words to yj.magnet@gmail.com by August 31, 2020, explaining how you plan to use the stipend. Students are encouraged to apply.

The amount may vary depending on the number of applications and the degree of hardship or potential benefit for each individual. You need not be a member to apply; however, if you are not a member, part of the stipend will automatically go towards a membership.

About the Alix Quan Journalism Fund

AAJA-New England’s stipend in memory of Alix Quan seeks to assist journalists impacted by the COVID-19 crisis or to whom the funds could play a role in career development.

Alix was a generous and longtime contributor to AAJA who passed away in 2019 at the age of 58.

Along with her husband Michael Quan, a veteran photographer with The Boston Globe and The New York Times, she attended nearly every AAJA convention.

Over the years, she helped organize the association’s annual silent auction fundraiser and countless Boston-area events, where she was a fixture of the local chapter.  Alix even helped develop AAJA’s first Boston convention in 1997, and graciously hosted AAJA members whenever they visited town.

She understood the importance of AAJA’s role as a watchdog for media coverage of Asian American communities and as a critical network for veteran members and up-and-coming journalists alike.

If you wish to make a potentially tax deductible contribution to the Alix Quan Journalism Fund, please contact yj.magnet@gmail.com.

Earlier in her journalism career, Callie Crossley made what she thought was a commonsense decision while covering a story about nutrition: to interview a black family.

But she was stunned by the reactions of her colleagues, who were white. One expressed surprise that her interviewees were black. Another asked Crossley if she was related to the family.

For Crossley, now host of WGBH’s “Under the Radar with Callie Crossley,” this underscored the need for news organizations to accurately reflect the diversity of their communities.

“When I’m doing a story, I am not going to the same group of folks as often my colleagues are,” she said. “Why would every one of those voices be white? That makes no sense to me.”

The event comes in the wake of an incident at WEEI, in which radio host Christian Fauria used a racist Asian accent to imitate high-profile sports agent Don Yee. Multiple companies, such as Citizens Bank, pulled advertisements from the station. Fauria, who apologized, was suspended for five days and employees participated in mandatory sensitivity training.

Crossley says she will foster a discussion about fair representation and how to prevent racially insensitive incidents in media.

“If we’re about truth and we’re about making sure people get correct information, then all the voices should be at the table,” she said. “There’s one truth, but there are many perspectives on the truth.”

For Crossley, who produced the award-winning 1987 documentary series “Eyes on the Prize,” the pursuit of diversity has long been an uphill battle.

Early in her career, she often felt pigeonholed into covering certain stories. She was frequently tapped as the main reporter on race issues, yet too often she wasn’t assigned to stories that she felt needed the perspective of a journalist of color.

Although she has had success in the industry, she’s well aware of the impact of race on her career.

“Had I not been a black person, I would have gone faster and farther,” said Crossley. “I’ve done pretty well, but I can look back at various turns and know if I had the exact same opportunities as some folks that I work with, it would have been a different thing.”

She recalls a time when a co-worker complained that because he was not a person of color, he was not getting certain job offers. Crossley responded by noting that she was the only reporter of color at the company.

“Let’s look around the newsroom. There were 14 reporters at this particular station. There’s only one of me,” said Crossley. “You had 13 chances and I had one. Case closed.”

Crossley, who often guest lectures at colleges, advises young reporters to call out their own news organizations for using racial stereotypes or lacking diversity in coverage. She says the onus of journalists is to prioritize facts.

“It’s not about how many clicks you get or even about how many awards you get,” said Crossley. “It’s really about telling the stories of your communities correctly and accurately.”

We’re thrilled to announce “In True Color: A Panel Discussion of Race, Media, and Responsible Coverage,” to be held at WGBH Satellite Studio and Newsfeed Cafe in Boston Public Library (700 Boylston St, Boston, MA 02116 website) on Thursday, April 12 at 6 p.m.

Connecticut Public Radio (WNPR) is offering a free, two-day intensive introduction to public radio journalism for experienced professionals who might be interested in learning more about our branch of the news industry. Space is limited, so we’ll be asking interested journalists to apply. (The workshop itself is free. Attendees are responsible for their own travel and accommodations.) All journalists are welcome, and we especially hope to see applications from journalists of color.

To apply, please submit an application form by April 4, 2018.

Link to AAJA National’s offiial website for the statement

The Asian American Journalists Association’s MediaWatch, New England chapter, and Sports Task Force condemn the recent segment on WEEI’s “Ordway, Merloni & Fauria” in which hosts perpetuated harmful, inaccurate and insensitive stereotypes about Asian Americans. We are heartened to learn Christian Fauria personally apologized to sports agent Don Yee for his racist portrayal of Yee. We commend WEEI for quickly responding to criticism, but we call for management to take steps to ensure that racial stereotyping will never be broadcast on its airwaves and that the station’s on-air personalities have a true understanding of why the segment was so offensive.

Spotlight Event: James Hong
Behind the Scenes Secrets of Hollywood

Friday, November 11
7:00PM, MIT, 222 Memorial Drive, Building 10, Room 250 (Second Floor), Cambridge, MA
(T: Kendall Station)Actor James Hong has a prolific film and television career that spans 57 years with more than 500 roles. In this spotlight event, Mr. Hong will speak about his career and reveal secrets about the magic and realities of Hollywood.

AAJA New England member Al Young of The Boston Globe will moderate the event.
For more information, visit http://www.baaff.org/.  Buy tickets by Sunday, Nov. 6th, and save 10%!  Enter “GETLUCKY” as the code at buytickets.at/baaff.

Free admission.  Books will be available for purchase and signing.

The award-winning author returns to his homeland in a searing new novel that unfurls during one of the darkest moments of the 20th century: the Rape of Nanjing. In 1937, with the Japanese poised to invade, Minnie Vautrin—an American missionary and the dean of Jinling Women’s College—decides to remain at the school, convinced that her American citizenship will help her safeguard the welfare of the Chinese men and women who work there. With extraordinarily evocative precision, Ha Jin re-creates the terror, the harrowing deprivations, and the menace of unexpected violence that defined life in Nanjing during the occupation.

Meet the Asian American Journalists Association‘s MVTweeters IRL. AAJA National President@DorisTruong will buy the first round of appetizers, and kobe sliders are $2 each from 5 to 7. Drinks are pay-as-you-go. (We’re assembling at MiniBar, a half-block from the main ONA convention hotel, so you’ll have plenty of time to catch up, then head to the ONA Opening Night Reception.)

AAJA-Digital Co-Chair Paul Cheung (@pcheung630) will also be around to take your feedback on how to help his committee be more effective. 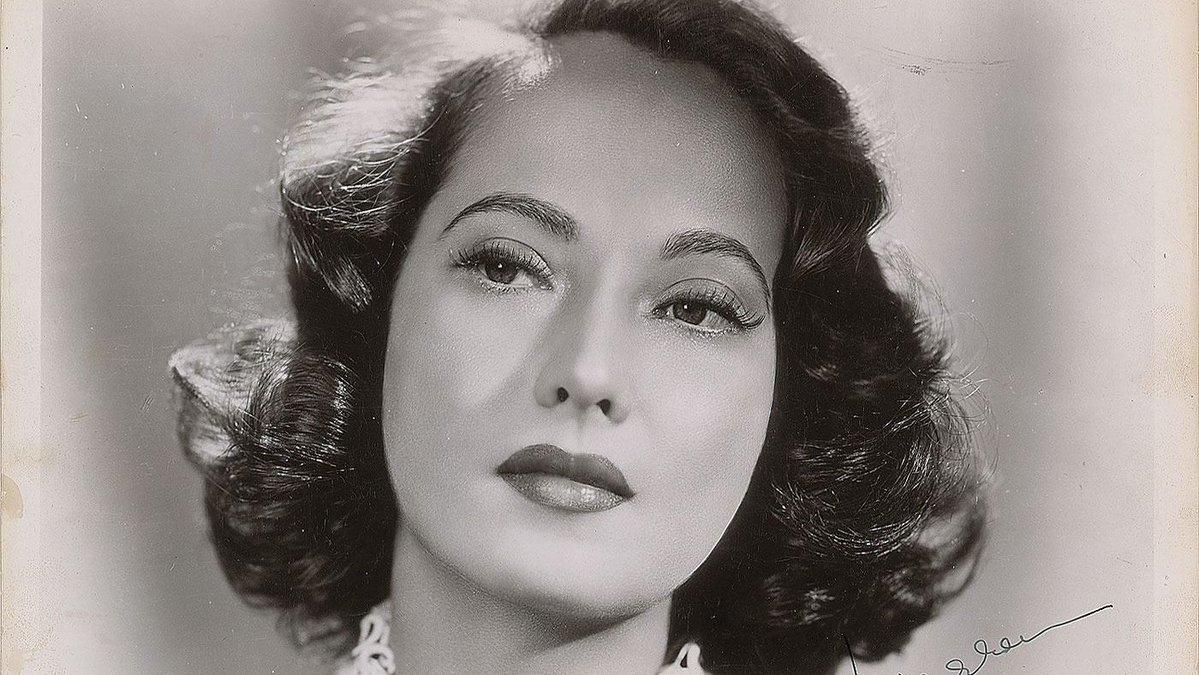 My dad got pulled over the other day in our home town, and the officer-in-training proceeded to tell him - “you don’t look like an American.”

AAJA New England Retweeted · Seung Min Kim @seungminkim
2 days ago
“It all echoes the pervasive invisibility of Asians in America, where your name isn’t worth saying correctly, whether you’re an actor in an Oscar-winning movie or a slain victim of senseless gun violence.” https://t.co/rXHj8gS5ml
View on Twitter
91
0

AAJA New England Retweeted · ʀɪᴄʜᴀʀᴅ ʟᴜɪ @RichardLui
2 days ago
“My father found out when he was in his 40s that he was not a Lui, but a Wong. I was a teenager and realized my name was not Richard Lui. It is Richard Wong. I was not who I thought I was...” 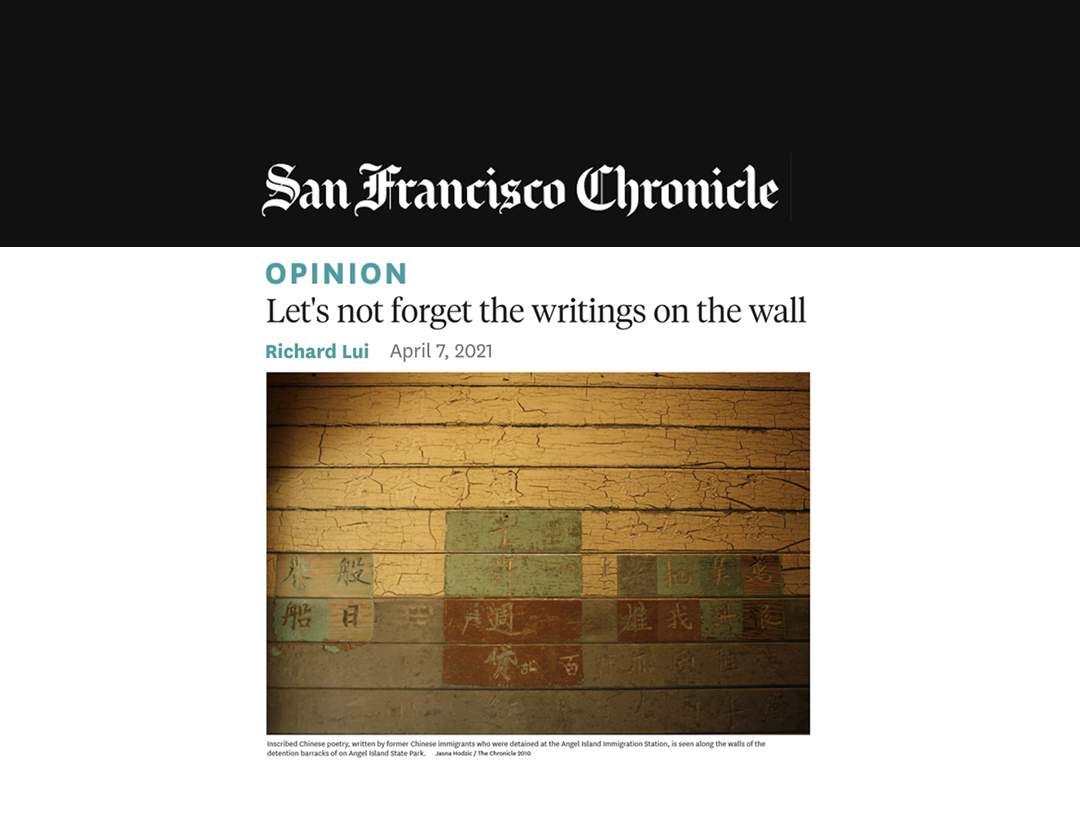